We are so excited to see three of our member companies featured in Albany Inno “Inno Under 25” via the Albany Business Review! It is so special to have such talented, vibrant and innovative teams working right here at our coworking community and private office space in Troy, NY.

Read more about each team below and check out the full article here.

As seen in Albany Inno: 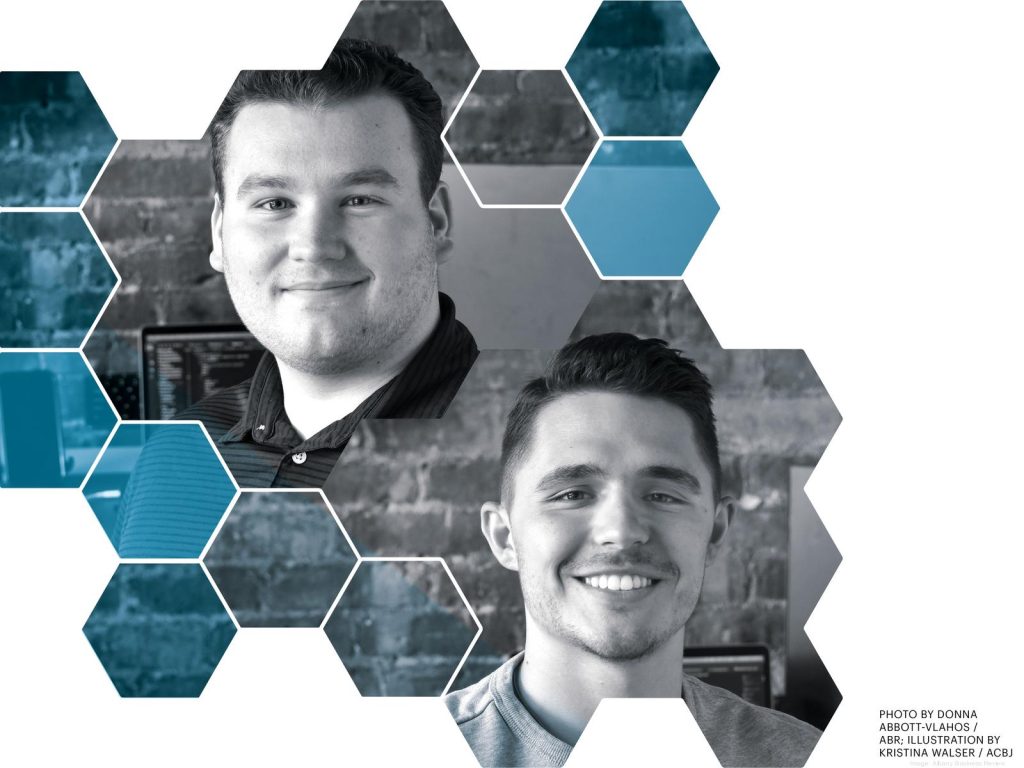 The app is meant to help real estate agents succeed in an industry that traditionally depends on strong brand recognition. Among the features of the platform is a tool that allows consumers and agents to connect and chat directly, rather than requiring a consumer to submit a contact form which would then go to a middleman.

“We really want to give that direct connection to make sure that everybody is receiving the opportunities that are available to them,” said co-founder Jake Szwarcberg.

The goal is to stand out from the established real estate platforms with a subscription-based model that allows all agents to be seen easily by people buying or selling homes — not just the agents with big ad budgets.

“We want to be able to see even the small guys have a lot of success as well,” said co-founder Nick Campana. “It’s something that’s kind of been neglected by the bigger [listing platforms].”

The app also allows consumers to personalize search settings to find the listings that are right for them.

Now that the app has been released, the founders intend to continuously improve the software based on feedback from members. The plan is to focus on the Capital Region to start, securing a strong foundation for expansion into other markets on the East Coast and beyond. Part of the expansion will include adjusting the software according to the varying rules and regulations associated with each market.

The startup is seeking capital to support its expansion into other markets.

Campana and Szwarcberg are recent college grads who attended high school together in Clifton Park.

The video game startup Dang! just released its first game, Boomerang X, which is available on the Nintendo Switch for $19.99.

All five people in the company attended the games program together at Rensselaer Polytechnic institute and founded the company together. They include CEO Ben Caulkins, Janice Ho, Perrin Mercer, Sam Suite and Bones Taylor.

Most of the visual work is completed by Ho, 25, the studio’s 2D and 3D artist. Ho got their start professionally as a designer at 1st Playable Productions before joining Dang! full time, giving them some studio experience they were able to implement in the startup.

“It definitely familiarized me with creating a game from scratch,” Ho said. “There were industry veterans at 1st Playable that helped me learn how to use the program in a more efficient way.”

Ho and the others are all working on the startup full time at the Troy Innovation Garage, and they have plans to add more people.

Boomerang X, a first-person game whose main character kills enemies with a boomerang, was released through the publisher Devolver Digital.

Caulkins said the startup likely wouldn’t have been able to release a game on the Switch without a good publisher who had the Nintendo connection.

“They were absolutely our first choice for publisher,” Caulkins said. “We got yeses from a lot of semi-reputable indie publishers. And Devolver is — as far as indie publishers go — they are in the top brass. I don’t think we could have gotten a more reputable publisher.”

Because the startup chose to work with a publisher, Boomerang X has been translated into many languages, and the startup doesn’t have to worry about doing its own marketing.

Immediate next plans for the startup include continuing to update and market the new game, and the team is continuing to discuss what’s next. 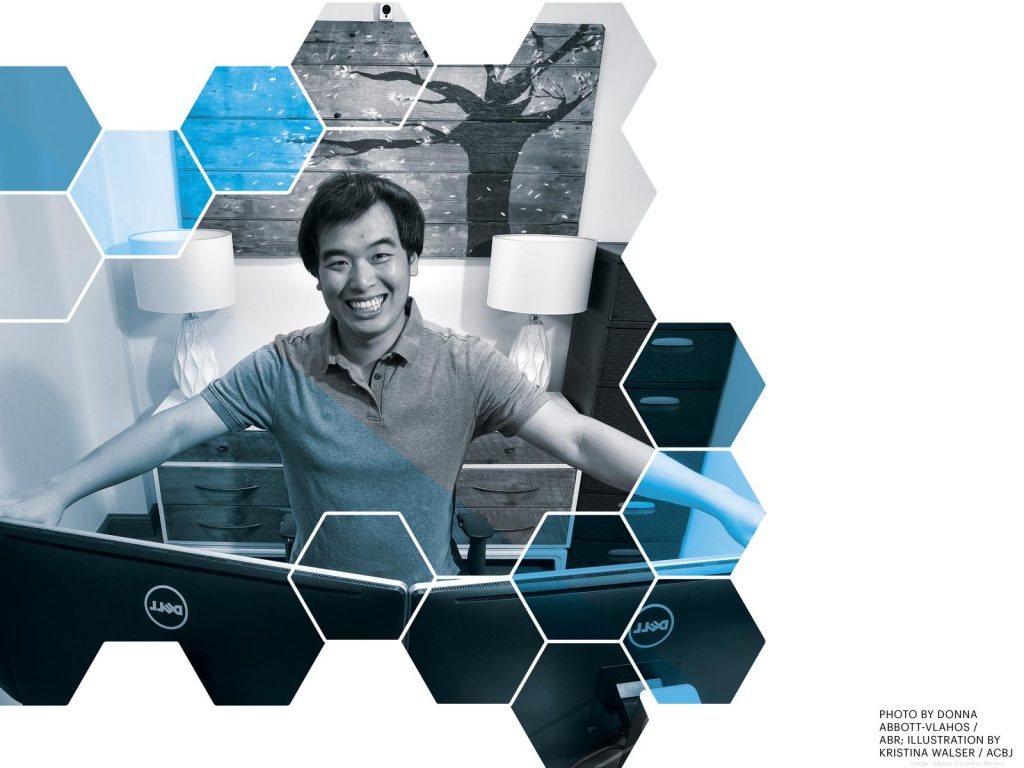 Richard Lin had been working for about three years part-time establishing his media production studio, Agora Media, when the pandemic hit.

He added virtual event services, and that led to his first profit and the transition to working on the startup full-time.

“It’s taken about five years to build up to that point and to build up the clients and the projects. But it feels really good,” Lin said.

Agora Media, based in the Troy Innovation Garage, had been providing mostly digital photography, audio and video services for various startup and business events, weddings and conferences. When those events could no longer happen in person, Lin said the natural progression was to learn how to help them run virtually.

“It’s a whole brand-new skill set that we had to pick up and learn. It’s not just showing up with a camera at an event anymore. It’s actually running the whole event,” Lin said.

He’s done roughly 20 events since the start of the pandemic. They’ve included a multiday conference for the Future of Small Cities Institute, during which Agora ran 73 meetings for 500 people. He’s also worked with the Raleigh-based nonprofit A Cure in Sight, the local Google developer group and OkCupid.

As events continue moving back to in-person, Lin said he’s developing ways he can plan hybrid in-person and online events.

Lin said it makes better financial sense to continue using freelancers rather than hire employees because then he can scale up and down easily as needed. And that allows him to pay freelancers higher rates, he said.