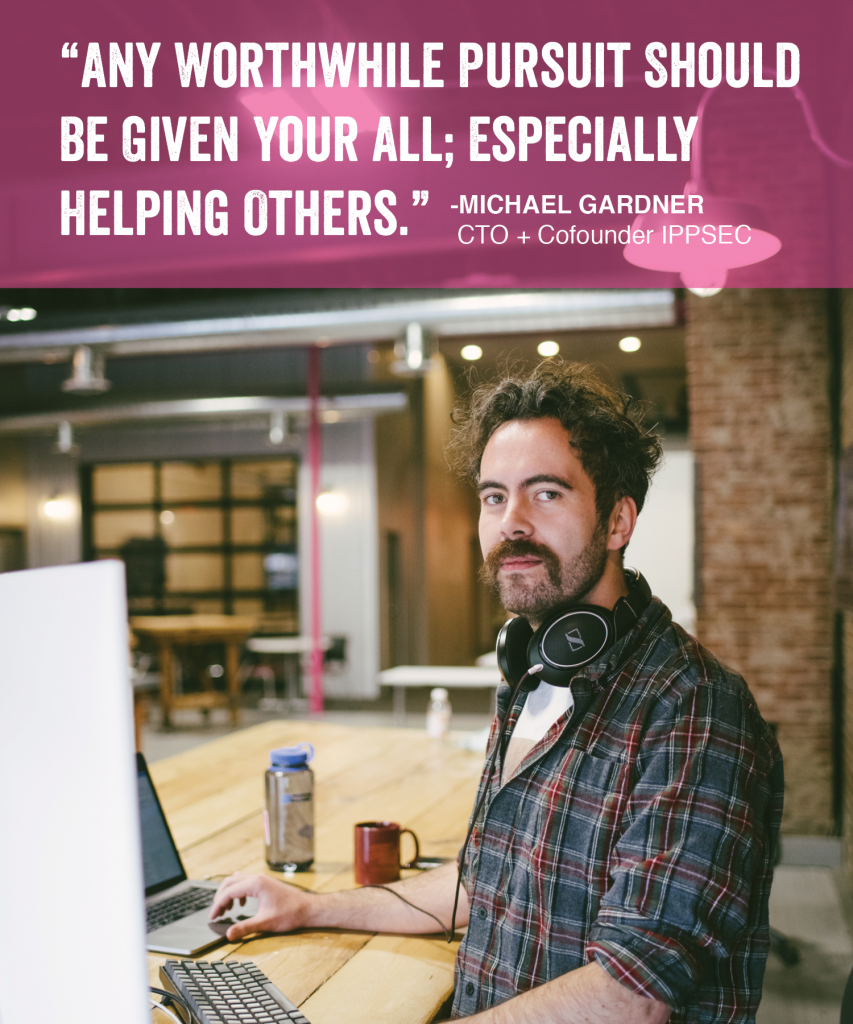 Michael Gardner, CTO and Co-Founder of IPPSEC, moved to Troy 7 years ago from Ohio to attend RPI. He chose RPI for it’s connections and proximity to major East Coast cities and nature, as well as career opportunities in the Capital District. He has since made a home in Troy for those same reasons. Not one for downtime, Michael is a creative force within The Garage community, bringing a love of music, theater, technology and hard-working spirit.

At RPI, Michael was active in the student community, serving as a Teaching Assistant for intro to computer science, acting and directing theater productions with the RPI Players, receiving a minor in music through membership in the Rensselaer Concert Choir as a tenor, and participating in student government culminating in his election to Class President in his senior year. He ultimately graduated with his dual Bachelor’s in Computer & Systems Engineering, Computer Science with a concentration in Artificial Intelligence in 2017, and his Master’s in Technology, Commercialization and Entrepreneurship in 2018. After completing internships at Microsoft in Cambridge, MA, and at Updox, a medical software start-up in Columbus, Ohio, Michael decided the start-up life better suited his goals and personality.

Michael began working with IPPSEC founder and CEO, Alex Shulman, after hearing his pitch for Integrated Personal Security.  As CTO, Michael leads the development of ASPECT – a community safety and empowerment platform specifically designed for campuses and similarly-organized communities that lets community members connect directly to first responders during personal or large-scale emergencies. ASPECT will be used to protect individuals and groups from threats like assault, rape, and gun violence, as well as serve as a platform to decrease chaos and confusion during emergency events. ASPECT enables individuals to request help from their smartphone and dispatches closest security officers who are alerted to the individual’s whereabouts with the most direct route which to assist the person under threat. By making security measures accessible for individuals, it enables a safer environment for the group.  Michael determines priority of creation of planned features, identifies primary users and ensures the overall quality of the product among many other roles. He describes ASPECT as a private sector solution that could ultimately assist in ending and avoiding tragedies like Title IX violations and shootings.

Although he’s responsible for progressive technology, Michael allows himself to get the most out of his day-to-day with creative pursuits. Michael is incredibly dedicated to his work and manages to balance his work ethic with the Collar City Running Club, swing dancing, cooking, and loving music.  He ran 557 miles in 2019, memorized 15 poems, and has introduced himself to every Garage member here. We are lucky to keep the company of such a dynamic and inspiring individual