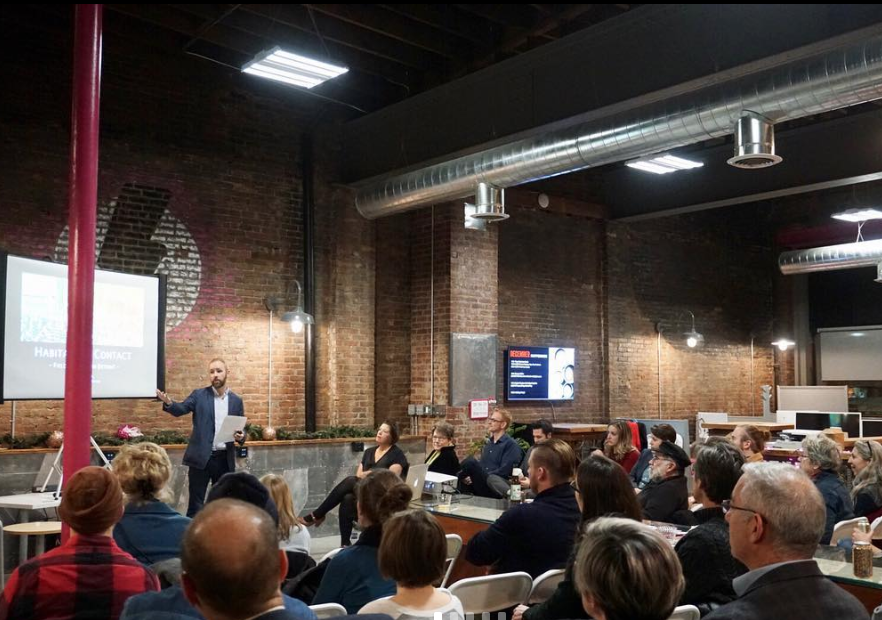 GARAGE TALKS is a news series of talks, panels, gatherings hosted by the Troy Innovation Garage that will explore issues of community, urbanism and design in Troy and the greater Capital Region. The inaugural event was a talk by New York Times journalist Reif Larsen entitled “The 21st-Century City: Habitats of Contact” about his experience reporting a story on Detroit’s current urban renaissance.

Following the talk, a panel of local city organizers had the chance to discuss some of the lessons from the Motor City and potential parallels to initiatives underway in Troy. How do we activate 20th-century industrial infrastructure into 21st-century playgrounds of creativity and innovation? How do we reimagine abandoned spaces into dynamic cultural marketplaces? How do we bring people out of their cars and onto sidewalks, into parks, markets, incubators, plazas, waterfronts, museums and studios? Using the case study of Detroit, we’ll look at some of the ways the Motor City has overcome its challenges and evolved into one of the more exciting urban centers in America.

We look forward to hosting a number of #GarageTalks with a myriad of important topics in 2019!